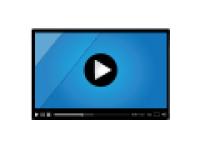 
FINAL PUBLIC OFFERING OF THIS SEMEN  - Mr 3X He’s Got The Look 40/2 is the past ’95 National Champion bull that went almost undefeated in the mid 90’s. 40/2 is a legendary bull that has produced so many great ones over the years. Many of the distinguished Brahman breeders would say he is one of the most influential red bulls. The 40/2 progeny are extremely productive and have had a large influence on the Colombian Red Brahman Industry. In the US he produced numerous national and champions and his get of sire was a strong force in the early 2000’s. This is a rare opportunity to invest in this great herd sire, as the semen is very limited and not available in the US other than this sale.

EXCLUSIVE SEMEN TERMS- Semen is to be used for the buyer’s in-herd use, and not to be later re-sold, traded, transferred or donated to third parties. “In Herd Use” means it is to be used by the buyer and his/her immediate family. It is not to be used on partnership animals.

Buyer receives one complimentary AI certificates per unit. Additional certificates available for $100. Certificates will be released to the name of the official buyer listed on the sale information. Certificates will be released individually at the time of registrations and the dam ABBA # must be provided. Certificates are not transferable to other individuals, nor can they be re-sold, traded or donated.
SEMEN GUARANTEE- The utilization of semen in reverse sorting technology needs to have a ratio of 25 to 30 oocytes when sorted per 1 unit of semen, on average and depending on the quality of the oocytes. All semen was collected under CSS standards and meets the standards of quality by Brushy Creek Custom Sires. Semen is not guaranteed to reverse sort. We make no guarantee on the AI conception rate, number of embryos produced, or number of pregnancies generated from using this semen.

Special Notes - BIDDER MUST BID IN INCREMENTS OF $50.00 ON THIS LOT AND THE FINAL PRICE WILL BE TWO TIMES THE FINAL BID. TWO AI CERTIFICATES ARE INCLUDED IN THE SALE AND ADDITIONAL CERTIFICATES CAN BE PURCHASED AT $100 EACH.